Achieving much with little means 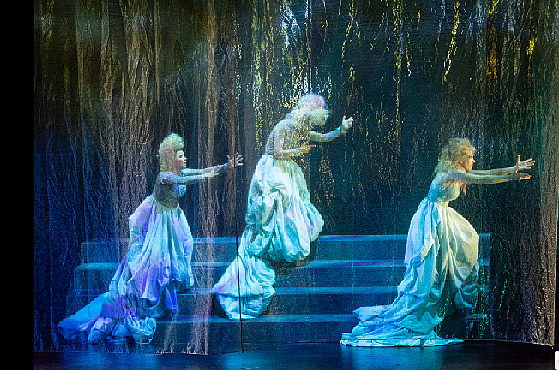 At end of May / beginning of June 2018, the ODENSE SYMFONIORKESTER gave the Ring of the Nibelung twice in the production of Jasmin Solfaghari. In Odense, on the island of Fuenen, this remarkable production was an excellent and impressive staging of the opus magnum of Richard Wagner especially give the short lead time since Solfaghari was called as jump-in for Annechien Koerselman, the original stage director. Solfaghari managed within a few weeks an overwhelming production on the huge stage of the brand-new ODEON. The stage sets of six – each six meters high – concrete wall elements and a variable console in the middle of the stage had already been completed by Elisabeth Holager Lund and Michala Clemmensen. He was also responsible for the scenic concept. Once again, one could experience what an excellent personal directing in a simple stage set, varied and animated by a clever lighting design (Andrew Tristram after the concept of Nico Kraeima, video design Arthur Steijn) and similar to the Ring production of Plamen Kartaloff in Sofia, is able to achieve with experienced and intelligent singer actors. Time and again, the plain concrete walls lit according to the respective scenes were also used with meaningful light motifs, carrying intense moods and emotions.

In Odense, thrilling yet easy-to-understand music theater could be experienced in highest quality, especially as the director focused heavily on the human needs and passions of the protagonists. The costumes by Uta Materne, adapted partly by Solfaghari, obviously enhanced a sometimes too banal-looking contemporary aesthetic, as the actors came mostly in their respective everyday clothes on the stage … Also, the generally good mask had various slips, most strikingly the absurd wig of Brünnhilde. However, the production convinced with relatively simple optical, but more effective and easy-to-understand solutions and the finely crafted, stringent personal direction, which was enriched by the familiarity of the Ring protagonists with the plot. Many examples could be mentioned, as such: The triangular scene between Siegmund, Sieglinde and Hunding at the table-like console in the first act of The Valkyrie did not miss a thing from the inherent tension – this being also due to the impressive facial expressions of all involved. 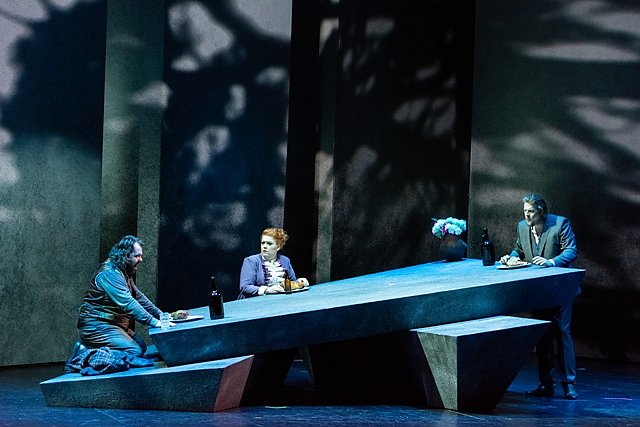 In Odense, a whole bunch of internationally experienced Wagner singers had gathered despite an environment that was not exactly Wagner-driven, thanks to excellent castings. The good and respectful Rheingold-Wotan James Johnson had to be replaced in the The Valkyrie by Thomas J. Mayer, who sang and played an excellent and touching Wal-Father, particularly when facing Fricka’s demands. Johnson had recovered until Siegfried and gave a respectful Wanderer – in excellent compliance with his advanced age. Jennifer Wilson was a vocally potent and agile Brünnhilde in The Valkyrie and Götterdämmerung. Catherine Foster, currently probably the best high-dramatic interpreter of Brünnhilde ever and singing the role for years in Bayreuth, sang Brünnhilde in Siegfried again with captivating aplomb and impressive emphasis. 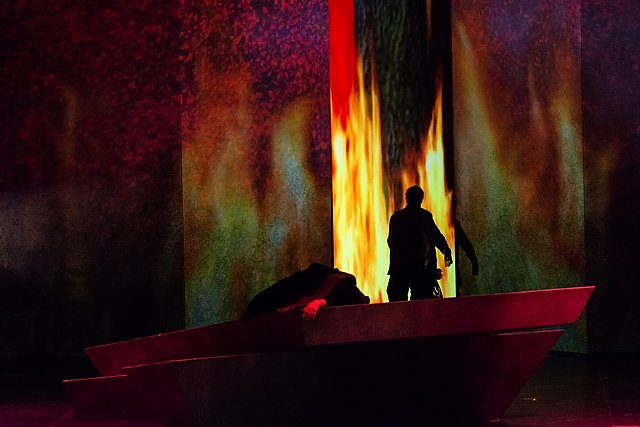 The Siegfried-proven Torsten Kerl sang the grandson of Wotan with a colourful-hearted and top note-secure heroic tenor but could sometimes have acted a bit more charismatically. Pavlo Hunka gave a vocally and dramatically excellent Alberich. Sieglinde was interpreted by a great talent debuting with Wagner, the Finnish Miina-Liisa Värelä. Andreas Hörl sang all vocal facets of Fafner and Hunding, with his sonorous bass and great acting intelligence. Lioba Braun gave a beautiful Fricka warning her husband rather charmingly and sang a worried Waltraute. Gerhard Siegel was a luxury cast of Mime in Rheingold. In Siegfried, Wolfgang Ablinger-Sperrhacke also gave first class results. Anja Jung prophesized melodiously as Erda. All other roles were well-staffed, with some vocal short comings in the top notes of Vsevolod Grivnov (good though as an actor), the Siegmund of Kristian Benedict could, however, improve as an actor, and the somewhat monosyllabic Hagen of Runí Brattaberg. Overall, one can say that the Odense Ring was undoubtedly also a singer-actor festival. 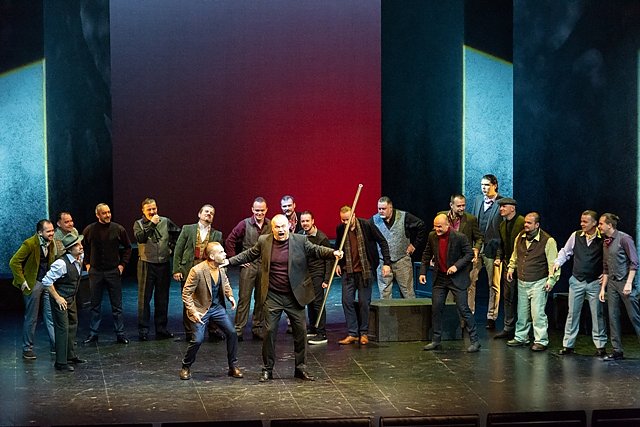 The true revelation, however, came from the Odense Symphony Orchestra, from whom the initiative for this Ring, under the profound and impetuous musical leadership of chief conductor Alexander Vedernikov, came in 2015 with concert performances. The orchestra had 90 musicians seated in the very wide pit of the Odeon making music on a worldwide festival level. A powerful, plastic sound with always great transparency moved the audience to an enthusiastic applause before the 3rd act of The Valkyrie and even to lasting ovations for Maestro Vedernikov and the orchestra before the opening of Götterdämmerung. It started with an exciting and fast-paced prelude to Rheingold and went on with hymnically-sounding Wagner tubas for Walhalla. Last but by far not least, the brass resplended with perfect Siegfried horn calls, without outshining the great quality of other instrumental groups. Again and again Vedernikov achieved with his well-rehearsed ensemble intense tension on stage. The fact that the chief conductor, who has worked here since 2009, is leaving the Symphony Orchestra with this Götterdämmerung for good, causes great sorrow in Odense.