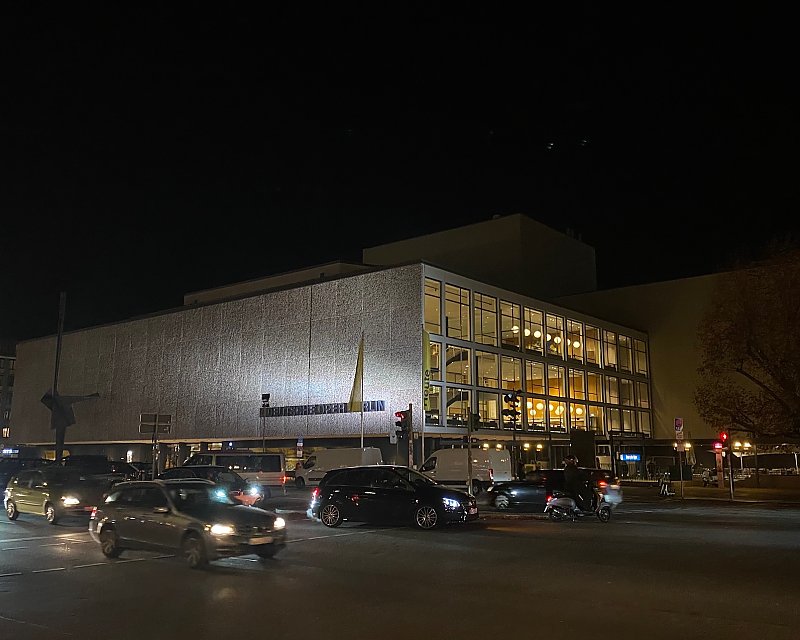 The first night of “Siegfried”, the third part of Richard Wagner's “Ring of the Nibelung”, in the new production by Stefan Herheim finally took place on the stage of the Deutsche Oper Berlin. This was the last of the four evenings of the tetralogy to be given its premiere, since it had been delayed as a result of the COVID crisis. We were all excited to see what the incoming director of the Theater an der Wien in Vienna would come up with, although on the basis of the three other evenings, one could already imagine how it might be. When the performance finally arrived, complete with its cascade of images and extraneous action, what stood out was the high quality of the musical performance of the Orchestra of the Deutsche Oper Berlin under the experienced Wagnerian hand of General Music Director Sir Donald Runnicles. This more than compensated for a performance which sometimes threatened to be more theatre than music! 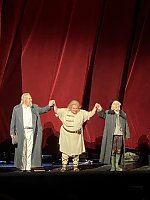 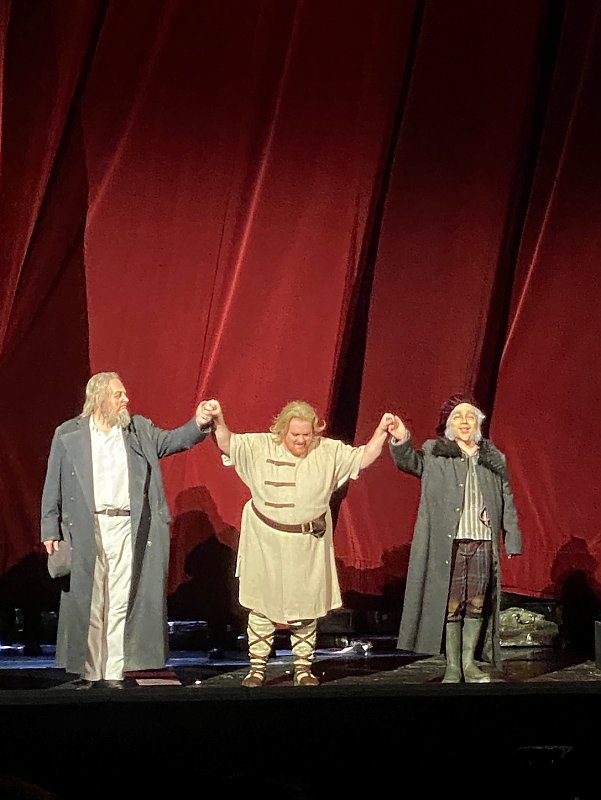 Once again Herheim did not hold back from making visually explicit the representation of the feelings and situations of the protagonists, supplemented by over 30 extras who populated the stage more or less constantly throughout the opera. The designs were by Herheim and Silke Bauer, and were dominated, not just by the grand piano which had been a constant feature throughout, but also by tall mountains of scrap suitcases. Against this background the crowds of extras were constantly observing the singers and even commenting on their behavior by making visible gestures to each other. As a result, the intimacy of the central scenes, and of those moments that Wagner so wonderfully suggested by the music, was substantially undermined, if not completely lost. That had already been the case with Wotan's Farewell in “Die Walküre”, but the problem was even worse here when some 15 binary and diverse couples, all carefully dressed in white underwear, indulged in scenes of kissing and caressing and even simulated sex in the closing scenes of the opera. Were they trying to show the lovers what they should be doing?! I have never seen a more lifeless end to “Siegfried”. Even Nina Stemme as Brünnhilde, singing from the top of the lid of the concert grand piano at the center of all the action in this peculiar production, looked puzzled! 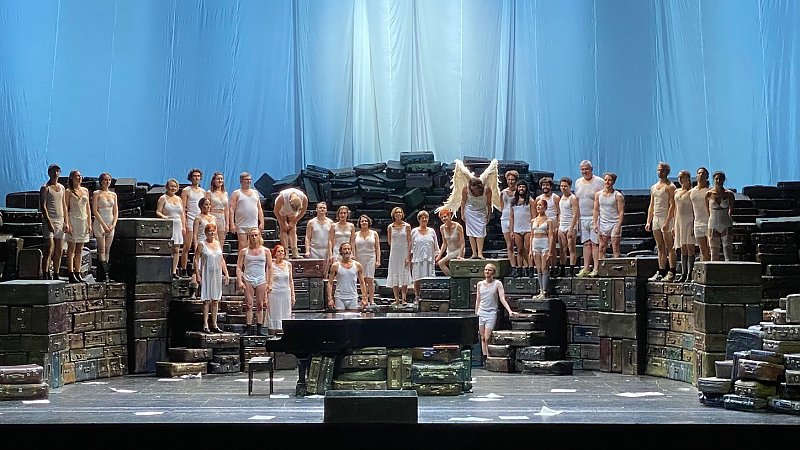 Earlier in the evening many of the protagonists in this production also suffered the fate of having to stand on the stage in the white underwear of the costume designer Uta Heiseke under the lighting of Ulrich Niepel. Sometimes you might even get the impression that Stefan Herheim wants to compete with the latest creations of Palmer, or is it – especially in view of the sexual acts shown – an erotic obsession?! In addition, there is an apparent infatuation with the antiquated stage design stylistic device of flowing white cloths, which sometimes serve as projection screens and repeatedly disappear into the grand piano or emerge from it, and smaller versions of which are also often sniffed at. There are some exceptional moments, although even these still have the piano in the center of the stage with the protagonists pretending to play it mindlessly, but otherwise the evening bustles along with these kinds of activities set against the dreary and all-encompassing suitcase environment. These are certainly among the pieces of luggage that you would not miss or want to see again if they were to get lost! 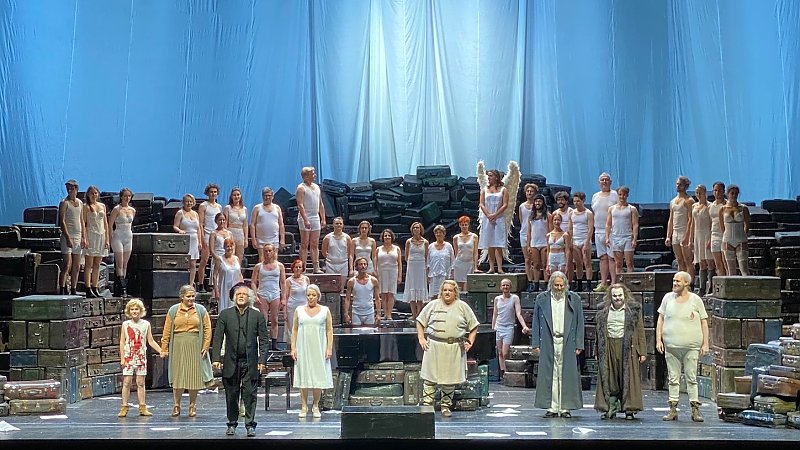 Fortunately, the singing ranged from good to very good. The US-American Clay Hilley was making his debut as Siegfried in Berlin and displayed a strong heroic tenor voice, even if he could, in my opinion at least, have showed a little more character and expressiveness. But he mastered the great challenges of this giant role without any problems. Nina Stemme sang her usual good Brünnhilde in the last act, impressive again with her full and melodious middle register, stretching to the limit of vocal possibilities in the top notes. I can’t comment here on how comfortable she felt in this production! After his Wotan in “Walküre”, Iain Paterson is now also singing The Wanderer, which seems to suit him even better because of his poetic expression. With his rather bright bass-baritone he effortlessly creates impressive high points in his interpretation. Jordan Shanahan is an unusually strong and concise Alberich who is required to come onto the stage at the most impossible moments, or in some cases is already on it before the action even starts. The 32-year-old Taiwanese tenor Ya-Chung Huang plays and sings an extremely impressive Mime, who is dressed as Richard Wagner himself, which is presumably a gag. Tobias Kehrer sings and dies powerfully as Fafner, and at the end he also lies down in his underwear on the prompt box. Judit Kutasi, following her performance in “Das Rheingold”, remains a strong Erda here in “Siegfried” with a powerful mezzo – and an impossible costume similar to what my grandmother used to wear in front of the TV. But at least she was spared the white underwear! Sebastian Scherer, soloist in the boys' choir of the Chorakademie Dortmund e.V., sings a treble Woodbird whilst performing a variety of stage actions. The sound was not to my taste, but the audience liked it.

The production team will not be required to appear in front of the audience until the day after tomorrow at the end of “Götterdämmerung”. I am curious to see what the reaction will be.