Budapest: Richard Wagner – a Visual Walk through his Universal Oeuvre, Exhibition of Wagner Posters since 1998 by Klaus Billand at the Palace of Arts, Budapest, 8-22 June 2013 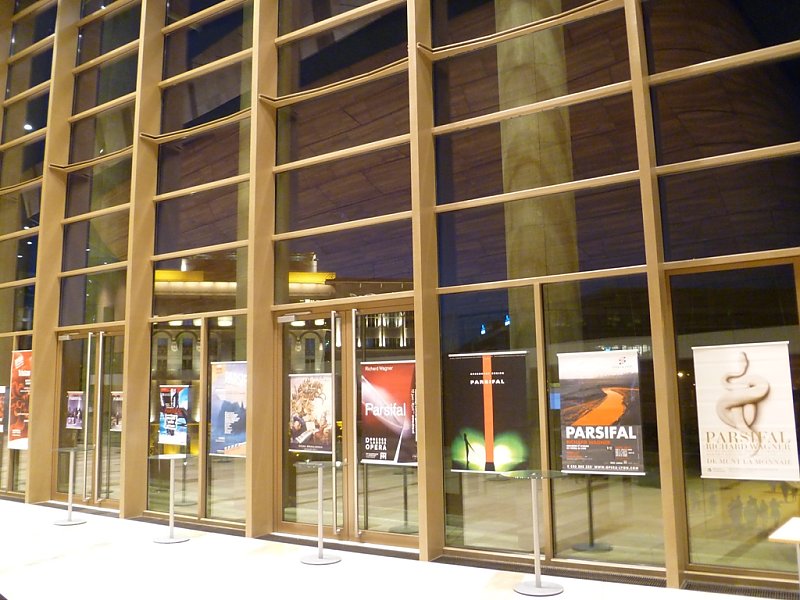 Richard Wagner was a composer – he created music, a music which broadly set the premises for the musical development of the 20th century. Music is not visible, though Wagner lets Tristan say in his delirium at the end of “Tristan and Isolde”: “Wie, hör' ich das Licht?” – (“What? Is it the light I hear?”). That means, in a real masterpiece of universal dimensions such as the Oeuvre of Richard Wagner the boundaries between acoustic and visual perception are dissolved – you hear his music and you see before you what this music is telling you. And you see this poster collection assembled over the last 15 years from all over the world of opera and you will hear the music behind them, particularly when you know Wagner’s music. This is probably the case since you came to see three of his music dramas during the Wagner Days of the Palace of the Arts in Budapest in June 2013 – a very special year for all friends of his music, as the composer would have celebrated his 200th birthday in May. Two of the operas you will see and hear these days, “Lohengrin” and “Parsifal”, are represented in this collection. 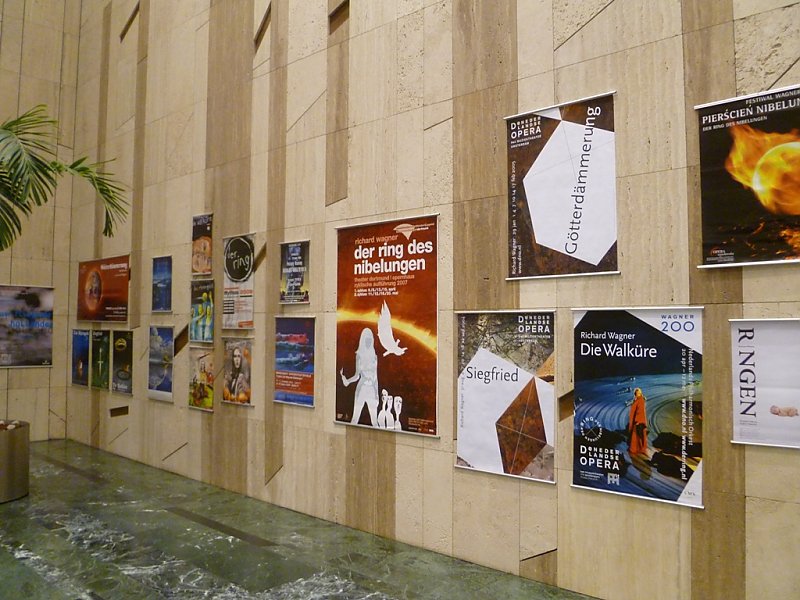 But what else do you see? Wagner’s opus magnum, the tetralogy “The Ring of the Nibelung” is the centerpiece of this exhibition. The work on this largest ever opera oeuvre created by man occupied Wagner for some 25 years and thus a considerable period of his life. In the four music dramas “Das Rheingold”, “Die Walküre”, “Siegfried” and “Götterdämmerung” he projected his vision of a better world, demonstrating the incompatibility of power and love. With the “Ring”, Wagner proposed socially revolutionary ideas and concepts of great relevance for the life of us human beings and societies at large, with a real claim to universality. This can be seen in manifold facets on the “Ring” posters of this exhibition. There is the rainbow over which the Gods walk into Walhalla in Helsinki and Seattle, reflecting the almightiness of divine power. There is fire again and again as an elementary and finally uncontrollable power symbolized by Loge in the “Ring”, mainly in posters of “Die Walküre” and “Götterdämmerung” from Bari, Buenos Aires, Copenhagen, Cottbus, Detmold, Esbjerg, Essen, Helsinki, Vienna and Wroclaw. You see Brünnhilde in Dortmund throwing a shell into the old world curing it from Alberich’s curse – a pigeon of peace flies off into a hopefully better future… You see the Ring itself in many ways, mythologically stylized in association with the Chinese Dragon in the Shanghai Grand Theatre or in the recently launched ColónRing in Buenos Aires. 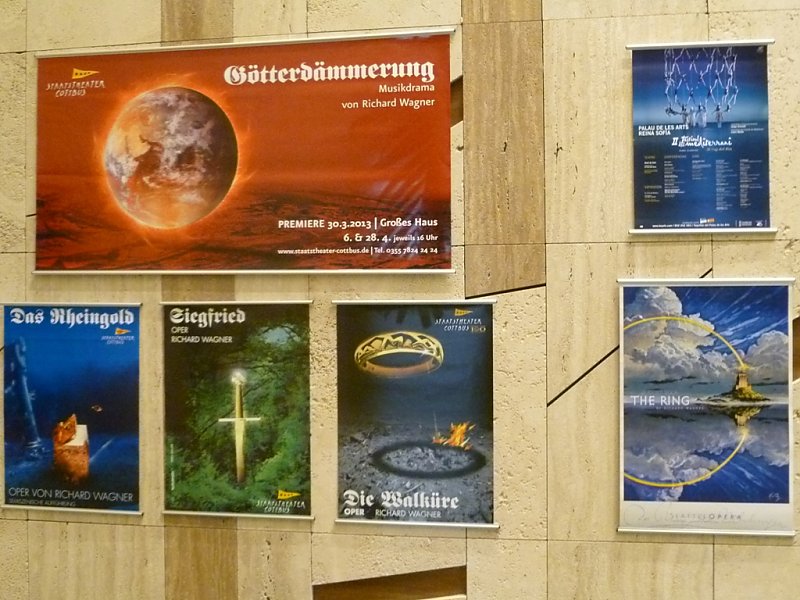 Many of the posters appeal to the myths inherent in the “Ring” and the other works of Richard Wagner, like “Tristan and Isolde” and “Parsifal”. A poster from Naples shows the desire of the finally unfulfilled love of Tristan and Isolde in association with Wagner’s own feelings for Mathilde Wesendonck. And the many posters you see on Wagner’s final oeuvre “Parsifal” offer a wide array of visual associations with the many themes and messages of this masterpiece, from a very traditional staging in Wels, Austria, via a beautiful pigeon of peace in the Swedish Karlstad at Lake Vänern, to the dangerous temptation of seduction by a snake in Brussels. A poster of Wroclaw in Poland seems to agglomerate many of the associations one can ever develop with “Parsifal”. Last but not least, several posters recall often very impressive expositions, inter alia, on the “Ring”, but also on the great Brünnhilde and Isolde Birgit Nilsson, and Wagner and the Viennese… 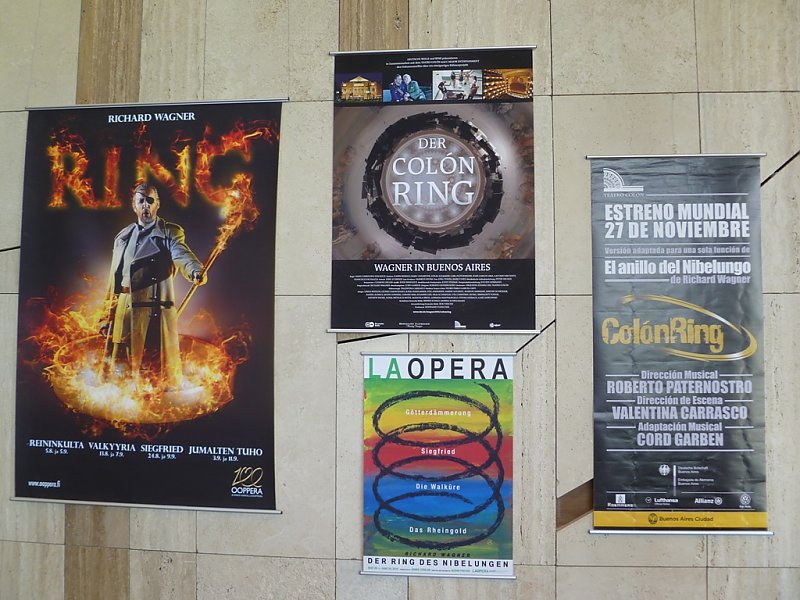 Enjoy the adventure of a visual walk through Wagner’s Oeuvre and try to hear the music behind what you see, asking Tristan’s question the other way round: “What? Is it the music I see?”